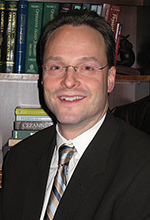 residency at State University of New York Health Science Center in Brooklyn, New York. Following his residency, he graduated from the Hand and Upper Extremity fellowship program at The Hospital for Joint Diseases in New York City. He joined Dr. Ellstein over fifteen years ago and established the Long Island Hand to Shoulder Center.

Dr. Hochwald is a Clinical Assistant Professor of the Department of Orthopedics at the State University of New York at Stony Brook. He volunteers his time and clinical skills at North Shore-Long Island Jewish Cohen Children’s Medical Center of New York, where he oversees the Pediatric Hand and Upper Extremity Surgery program in the Department of Orthopedics. He has lectured at numerous local and national meetings and has published several scientific papers. He enjoys running and skiing.